I was waiting in the line outside Trees to get my tickets from the will-call window. A guy steps through the line in front of me and tries to get the girl’s attention in the box office window. He taps out a beat on the window to no avail. I said, “I’m not sure they are using that window.” He said, “I’m trying to get in. I’m playing tonight.” I hate to admit it, but I wasn’t sure if he was with the opening band or was just full of crap. I didn’t think much of it until it hit me later, and I said “I bet that was the Haim drummer.” And as I later saw him come out of the “band only” area, I knew that it indeed was. I knew they had a guy drummer, but I did not have his face etched in my brain, like the faces of Este, Danielle, and Alana. After all, it’s not HIS face plastered on magazine covers and interviews and videos online. Even though in live sets, all three girls use drums and various percussions, they do have an official/unofficial fourth member, Dash Hutton. And on stage, he rocks.

Haim opened with “Falling”, then really got the place jumping with their latest single, “The Wire.” If you can’t find something to like about “The Wire”, then there just may be something wrong with you. The band then played their lone cover of the night, “Oh Well”. It’s a very early, funky Fleetwood Mac song, that sees Alana taking the half-spoken vocals and Danielle knocking out the bluesy guitar riffs. In what may have been the night’s highlight, Haim turned in a blistering performance of “Honey & I”. The song saw Danielle go from delivering hushed vocals to spinning and thrashing on her guitar. Just awesome. They played my favorite song of theirs, “Don’t Save Me” and followed with a playful, almost nursery rhyming ‘song’ that they jokingly (I think) said would one day be popular and sung my millions. It rhymed ‘make out’ with ‘take out’ and anything else they could think of. They came back and played “Forever”, the excellent song they played on Letterman back in June. They ended the show with all three girls using a drum to join Dash in pounding out a loud rhythm, until suddenly they stopped, and it was over.

My only tiny complaint of the night could be that I wished it had lasted longer. Two or three more songs would have been great. Their awesome cover of Sheryl Crow’s “Strong Enough” would have been nice. But this was definitely a show worth seeing. Haim consists of three sisters that have been playing music for as long as they can remember. They started in a band with their parents, covering the likes of the Beatles and the Eagles. Their years (or lifetimes, basically) of performing together certainly show in many ways. They are all likable and at ease with the spotlight squarely on them. They all play multiple instruments and sometimes alternate lead vocals seamlessly. They can play soft and emotional. Then they can rock in a dizzying array of instruments and long straight hair. Alana and Este do most of the talking in interviews and on stage, as Danielle seems to sit back at times and absorb things. She seems to like letting her singing and guitar playing do most of her talking. She is definitely in control of the music on stage. Danielle has already worked with Cee Lo Green and toured with Julian Casablancas (singer for the Strokes). Alana, the youngest, plays (mostly) keyboards in her “couldn’t be shorter” shorts. Este, the oldest, plays bass on the right of the stage and displays her famous ‘bass face’. I don’t even want to try to describe it. You just need to see it for yourself. I remember seeing it when I saw them on that Letterman performance, and wondering what all that was about. But she certainly doesn’t worry about it, because she doesn’t seem to worry about a lot of things that others might, and it is all about the music anyway. They are all ridiculously talented. They interact fabulously with the crowd, speaking directly to fans, telling funny stories and dropping a lot of F-bombs. They now have a #1 album. They have opened for Vampire Weekend, Phoenix, Mumford & Sons, Florence + the Machine, and the xx. They even had to turn down an opening slot for Arctic Monkeys to get their debut album, ‘Days Are Gone’ just how they wanted it. They have met and sang with the biggest names in music (too many to mention here). They are golden right now. They could probably, actually turn that ‘make out’ song into a real hit. Everything they do right now is beloved. The whole world is in front of them. They will be around for a long time. They truly are the hottest band on earth. 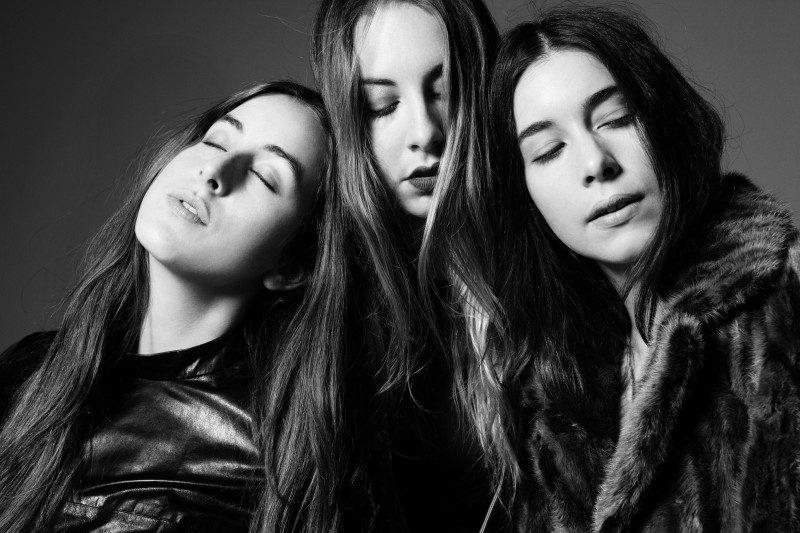