I made the three hour drive to see Ash in Dallas on a Tuesday. It was my third time to see them. I saw them on their ‘Free All Angels’ tour and again last year in this same room on their way to SXSW. The first thing to say is Ash do not put on bad shows. Their songs are perfect for the live setting. Very catchy, and very rocking. And they play with the energy and enthusiasm that you can’t help but love and appreciate. Tim Wheeler (vocals & guitar) demands attention with his singing and guitar shredding. Mark Hamilton (bass) is almost impossible not to watch. He plays his bass with impassioned spins and thrusts like a true rock star. Rick ‘ROCK’ McMurray (drums) is deserving of his nickname, as he is solid behind the kit. He does backing vocals and tonight joined Tim with a couple of humorous exchanges about Phil Collins and about xanax. I had not noticed before, but Rick sometimes (unless my eyes were deceiving me) uses the blunt end of his drumstick to jam straight into the skin for his forceful sound. Very interesting and very good. I especially like watching the drumming on ‘Goldfinger’.

They put out their first records when they were teenagers in the ’90s. Teenagers!  And those songs still sound extraordinary next to the most recent songs. They have been putting out songs for over 20 years. Unbelievable. But all the songs, old and new, are played with equal enthusiasm. They have put out a debut mini-album. Then five full length studio albums. Then the band stunned and frightened fans when they announced that they would no longer release albums. This led to a groundbreaking way to release songs, called the ‘A-Z Series’. It originally was released in digital format emailed to subscribers of the series. It featured a single for each letter of the alphabet released every two weeks. I was a subscriber to these email releases. Then last year, as they were available in cd format at the Dallas show, I bought volume 1 and 2 so that Mark could sign them (since he was actually working their merchandise booth). And to top it off, since a bit later, Tim and Rick came out to mingle with fans, I bought the 3 LP, clear vinyl edition for the whole band to sign. (which they did with no problem)

MusicChatter tries to point people to good music they have not heard, and to inform people about good music they have heard, but don’t know what it is. Too many Americans don’t know ash. Or at least they don’t know they have heard Ash. ‘Burn Baby Burn’ (and ‘Free All Angels’) should have made Ash big in the US, but different things kept that from happening. But loads of people do know Ash. They are from Northern Ireland. Ash have toured and worked with Coldplay, U2, Weezer, Moby, Dashboard Confessional, Our Lady Peace, We Are Scientists, and Dave Grohl. Ewan McGregor narrated their ‘Teenage Wildlife’ documentary. Their songs have appeared in movies, like Jackie Chan’s ‘Rumble in the Bronx’, ‘Angus’, ‘American Pie Presents: Band Camp’, and ‘Shaun of the Dead’. And they did the title track to the Ewan McGregor & Cameron Diaz film, ‘A Life Less Ordinary’. They are huge Star Wars fans, and Lucasfilms licensed their song ‘Clones’ to be used in the video game ‘Republic Commando’. They have played a private concert for Star Wars companies (Lucasfilm, Lucasarts, ILM). They have visited the infamous Skywalker Ranch. Their songs have appeared in countless video games. ‘Burn Baby Burn’ was Q magazine’s ‘Single of the Year’. It was ‘Best Single’ as voted by NME’s readers. ‘Shining Light’ was voted ‘Best Irish Single’. It won Tim ‘Best Contemporary Song’ at the British Academy of Composers and Songwriters’ Ivor Novello Awards. ‘Free All Angels’ won ‘Best Irish Album’. Q Magazine anointed Ash #2 in it’s “50 bands to see before you die” list. They started as three guys. Had a girl, Charlotte Hatherley, in the band for 9 years. Then back to the three guys. Russell Lissack (guitarist of Bloc Party) showed his appreciation of Ash by touring with them during Bloc Party’s hiatus. They have sold millions of albums worldwide. They have their own studio in New York, where they have been working on new material. We shall see what format they use to release new songs. They are doing a west coast and southwest swing before hitting the high seas with Weezer on their annual cruise.

On record, they seamlessly mix rockers with emotional, rock ballads like ‘Sometimes’, ‘Someday’, ‘Starcrossed’, and ‘Thinking About You’. They have loads of quality b-sides. My favorite b-side is probably the single-worthy ‘Stay in Love Forever’. They even do their own version of the Star Wars song ‘Cantina Band’. They do kick ass covers. Check out their rocking version of Carly Simon’s ‘Coming Around Again’. And they did a stunning rendition of ‘Whiskey in the Jar’ last year in Dallas for St. Patrick’s Day (which i think they should put on record). But their live shows basically feature nothing but one banger after another. They play an hour and a half, leaving you wishing you could hear more. They are at the point now where they could soar through two hours with nothing but songs that make you feel like pogoing up and down.

I will see Ash again in Little Rock on Saturday. But through my persuasion and (mostly) two cd’s of Ash songs I compiled, three of my friends have decided to make the three hour trek with me to attend their first Ash gig. One thing I did learn was that two 80 minute cd’s do not hold all the Ash songs that I consider essential. Nevertheless, Ash will have at least 3 new fans in attendance Saturday. As I said before, I do not believe Ash play bad shows. Their live shows are always great. These guys have been friends for over 20 years, and it shows on stage. In other countries, they play to tens of thousands of fans. Yet, here, they are humble enough to work their own merchandise booth and meet fans after shows. So if you already know Ash, spread the word. If you don’t think you know Ash, then catch up and give them a try. If songs like ‘Burn Baby Burn’, ‘Walking Barefoot’, and ‘Girl From Mars’ don’t do anything for you, then there is just no help for you. I have no doubt, my friends will love seeing Ash for the first time. 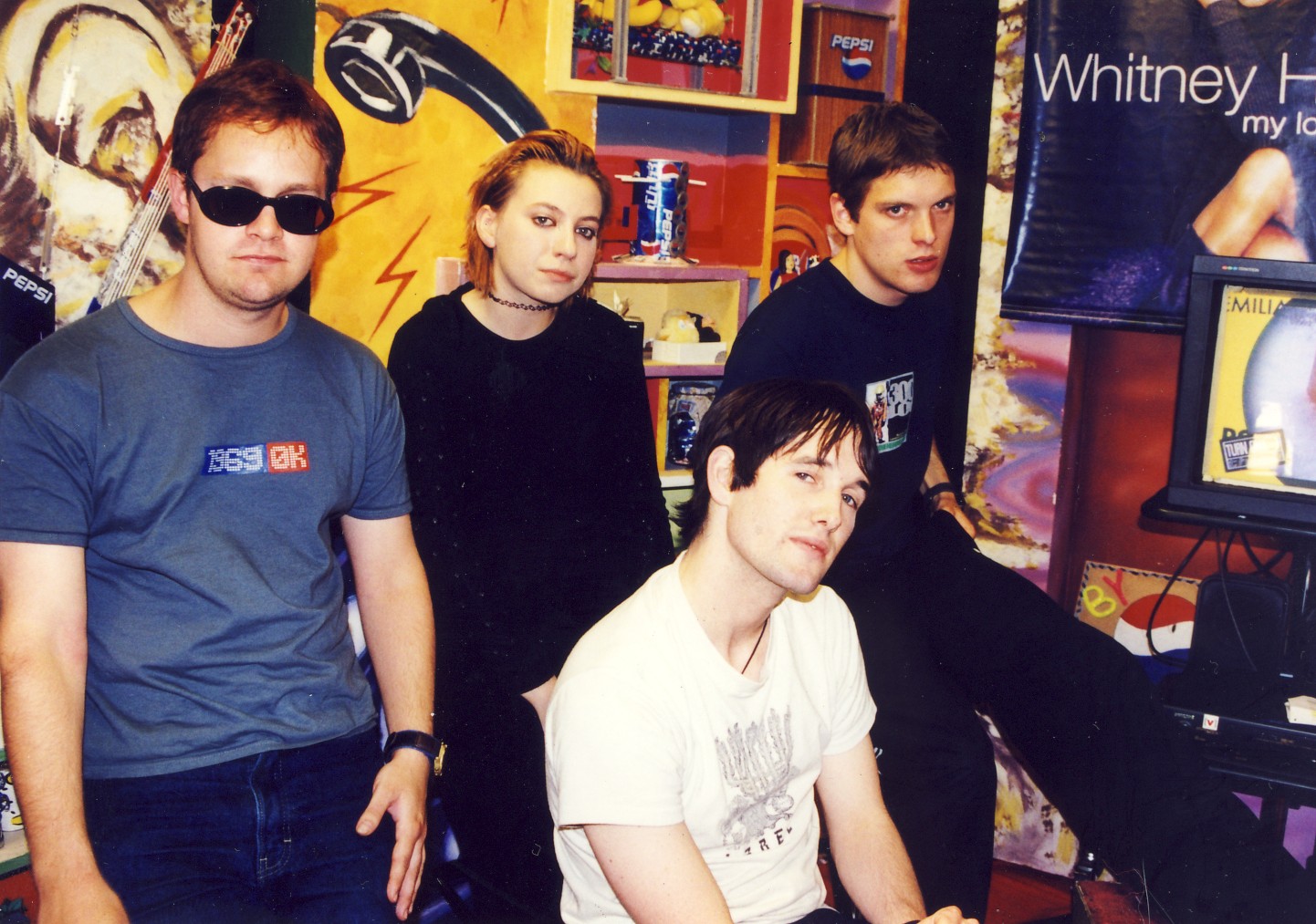